Troon were victorious over their North Ayrshire counterparts for the second time in a week (third, if you count the Development Team’s victory) as Ben Black made a goalscoring return to Barrfields.

The visitors started superbly and the opening goal arrived after only seven minutes, Sam Jamieson providing an assist with a delicate touch for former Thistle star Black to cut in from the left and strike a right foot shot into the bottom corner of the net from twenty yards out. Troon nearly delighted the travelling faithful with a second, this time from a long range effort by Jamieson which flashed narrowly wide moments later.

The visitors eventually scored their second just a minute before the interval, and it was another excellent set-play as a Sam McCloskey corner into the box found Tommy Maitland coming in at the back post to capitalise on a mix-up between the keeper & a defender to head home for almost a carbon copy of his goal from the previous week.

With the visitors having clearly the better of the first half, the second was a much closer affair. Thistle’s top scorer Will Sewell raced down the left wing and onto goal with the Troon keeper Marc Fisher racing off his line to narrow the angle and the effort just whizzed right of the far post. Thistle managed to half the deficit on 63 minutes, Blair MacIntyre’s long range pass from the left found the unmarked Laurie McMaster charging through from right-back to drill a diagonal effort into the net.

Thistle’s new signing, defender Connor McGoldrick, was introduced as a makeshift forward as Largs tried to net an equaliser – and it very nearly happened. Sewell’s clever lay-off on the left wing allowed Stuart Faulds to curve over a dangerous cross to the near post which the towering McGoldrick managed to side volley to McLeod waiting in space. His downward header was somehow flipped away by Wilson’s feet in the Troon goal, and the ball was frantically cleared. McGoldrick’s aerial threat was also displayed after a corner kick from the right and a firm header which was cleared off the line by Troon on 80 minutes. Sub Jack Haggerty’s probing ball found McGoldrick again and his header was again nodded back out by a defender at the left post.

Not a match for the football purist perhaps, but a very satisfied feeling in the Troon camp with their third win in a row & into the hat for the last 32 of the South Challenge Cup.

To read the match preview, follow the link:
https://troonfootballclub.co.uk/largs-201121-preview/

Countdown to next 1st Team Match

Countdown to next Development Team Match 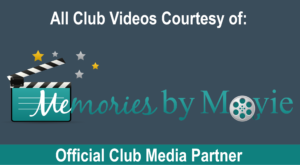